I have two sisters- Megan and Nicole.  Both of who have or still draft their own PDF Sewing Patterns just like me.  We all grew up sewing with my Mom, who was self taught through books, tv shows, online classes, etc… she is a life long learner who always wants more information! She definitely taught us you can always learn more if you’re willing.  She also taught us a lot about sewing! She made every kind of apparel including our prom dresses and wedding dresses.  Here is mine, which I adore. She taught us everything from sewing jargon, fabric types, ease, modifying and about drafting as well. Eventually we all ended up in the same business.  Nicole had Coles Creations, in which Mom actually helped her on the drafting side for some time.  Since, she has retired a bit from the game, but still enjoys sewing of course.  Here we are this past Christmas all in me-made shirts 😉 Megan is the owner of Made for Mermaids.  We’ve done a few promos and things together over the years from pattern bundles, sew a longs, giveaways, blog tours, etc.  We often get sited as “sister sites/companies”, but in actuality we keep our companies completely separate.  We are in fact SISTERS though 🙂 You’ll notice we have some similarities in our companies and some differences too.  We both have wide size ranges and our womens are drafted to the “curvy” women’s body type… because, well… we’re both curvy 😉  I draft for P4P exclusively- although I have some help with small adjustments during testing and help with some of the freebies being drafted by Nicole Lanzarotto and Katy McKinley. Megan drafts for her company and has two other designers that also draft their own patterns with M4M- Catherine Muzzati and Megan Thoman.  So, when questions are asked about M4M patterns vs P4P patterns the answer is often, “I don’t know!”  I do not have anything to do with M4M patterns from drafting, testing, releasing, etc other than seeing the sneak peeks like you usually! Sometimes Megan and I will talk more in detail about certain patterns: discussing and giving opinions on amount of ease we like best, length, etc.  Sometimes we will ask each other to test a pattern or to model a pattern for each other as well.  For example, Megan is the cover of my Boundless Knit Dress and Summer Kimono, both drafted and released while I was pregnant with my daughter 🙂 We used to do this much more when we lived closer, because it is much easier to take someone else’s picture than you’re own!! I’ve also used her daughter for covers several times, because I once didn’t have a daughter to model or had a little baby who was very hard to take a picture of 😉 I still will grab her for pictures when I can… she’s so much easier to take a photo of than my toddler, lol!!  Her husband is even the cover of our Men’s Henley because she happen to get a great shot for me. 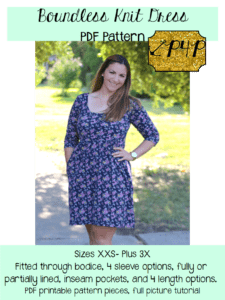 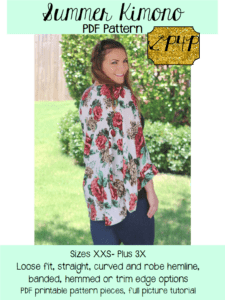 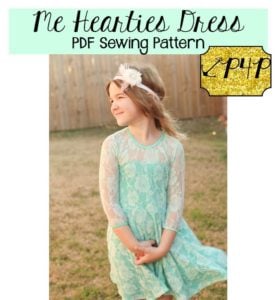 But, most the time we have never seen the majority of the others patterns until we would like to sew one up one day.  So, most the time I honestly just don’t know if one of her shirts is more or less fitted than one of mine is.  We do try to not overlap our designs much since we don’t want to compete with each other on purpose, but as our catalogs grow we will most likely have some overlap and that’s okay too.

I hope this helps clarify how we are and are not connected 🙂 If you’re curious, we also have two brothers, but neither are into sewing…although John has modeled for me before (he appears on the cover of the men’s bball shorts).  We’re one big happy family who love and support each other through everything.